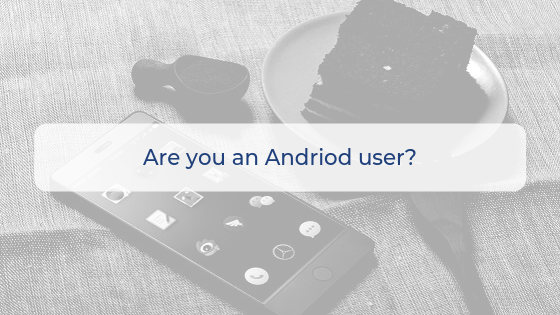 Android 4.0 (Ice Cream Sandwich) is one of the latest and greatest versions of the Android platform for phones, tablets, and more. It provides ease in multitasking, notifications, and customization.  Most importantly it provides new methods of communicating and sharing data.

Why is this important?  What does this have to do with business?
Well, the Operating System is used as mentioned above with devices that enable users to have power and portability.  Tablets and smart phones now have almost endless capabilities through the various applications available.  Ultimately tablets and smart phone devices represent the present and future in unified communication and data sharing.
In my experience with this type of technology I am seeing massive improvements to the capabilities and usage of portable devices.  I was extremely interested in comparing the Mac iPad to the Android Tablets.
Here is some of the data I have found provided by an article in Technologizer. 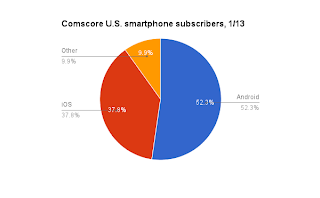 Then there’s Comscore’s MobiLens study, which attempts to measure the smartphone platforms used by everyone in the U.S. over the age of 13 — not just ones sold recently, but everything. The numbers it released this month are pretty similar to Kantar’s. 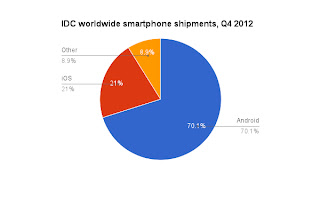 That’s the U.S. — how about everywhere?
Worldwide, all those companies making Android phones sell a lot more units than Apple sells of the iPhone, says IDC. In the fourth quarter of 2012, Android had more than 70 percent share, vs. 21 percent for the iPhone. 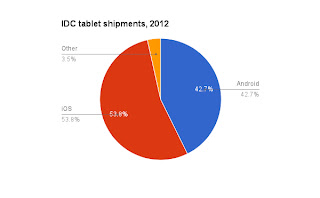 And tablets?
Tablet shipment data is harder to come by than data for phones, and the most recent specific numbers by platform I could find were IDC’s full-year estimates for 2012, which it released on December 5 of last year. They had demand for 7″ Android tablets adding up to a decrease in the iPad’s dominance — but iOS still remained the most popular tablet operating system.


Either way whether you are a Mac person or an Android person you can definitely see the benefit in using these devices.  More and more businesses are using these devices to provide flexibility and advantage in organization, efficiency and data sharing and management.
The reason I started this blog off with “Ice Cream Anyone” is because I am trialing the Samsung Note 8 and using that operating system, and I am truly enjoying the use of this product.
Email ThisBlogThis!Share to TwitterShare to FacebookShare to Pinterest
Newer Post Older Post Home